Sergei Guriev: Running From the Ruble 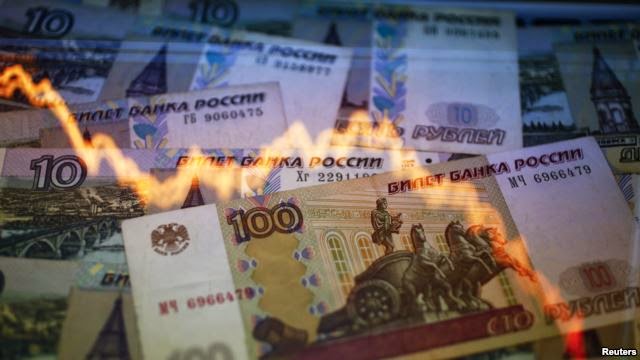 PARIS – In recent weeks, the fall in the Russian ruble and Russian stock markets closely tracked the declines in global oil prices. But everything changed on December 15. The oil price remained stable, but the ruble and the stock-price indices lost 30% in the subsequent 24 hours. An unprecedented effort by the Central Bank of Russia (CBR) in the wee hours of December 16 to stabilize the ruble, by hiking the interest rate from 10.5% to 17%, proved useless.

The cause of Russia’s “Black Monday” was readily apparent: the government bailout of state-owned Rosneft, the country’s largest oil company. Usually, bailouts calm markets; but this one recalled early post-Soviet experiments, when the CBR issued direct loans to enterprises – invariably fueling higher inflation. The CBR’s governor at the time, Viktor Gerashchenko, was once dubbed the world’s worst central banker.

In 2014, the CBR is more constrained than it was in Gerashchenko’s era: it cannot lend directly to firms. Yet it has also become more sophisticated at achieving the same ends that Gerashchenko sought.

In October, Rosneft issued $11 billion worth of ruble-denominated bonds (an unparalleled amount for the Russian market, equivalent to 70% of the total value of corporate bonds issued in Russia this year). The coupon on these bonds was actually 1.5 percentage points below sovereign bonds of similar maturity, which is also unusual, especially given that Rosneft currently is subject to Western sanctions.

Then, unnamed investors (allegedly the largest Russian state banks) benefited from the CBR’s decision on December 12 to allow these bonds to be used as collateral for three-year CBR ruble loans at the policy rate. Moreover, the CBR scheduled a special auction for such loans on December 15 – with the total amount of the loans similar to that of Rosneft’s bond issue. Thus, the CBR would be able to provide a massive pile of rubles to Rosneft at below-market rates. So why did the deal trigger a panic?

At first glance, this deal was intended to meet contemporary Russia’s most important economic challenge. Sanctions have cut off Russian banks and companies from Western financial markets. Russian companies have to repay or refinance about $300 billion of debt over the coming two years. Some of this debt is owed to Russian companies’ offshore owners, who will certainly be happy to roll it over. But in most cases, firms’ liabilities comprise real debt owed to major international banks.
The best example is Rosneft, which borrowed about $40 billion in 2013 to buy its competitor, TNK-BP. About $10 billion of this debt has to be repaid in the fourth quarter of 2014, including a $7 billion payment on December 21 ($20 billion more will have to be repaid in 2015).

Financial-market investors have been waiting patiently for the government to announce a strategy for addressing the issue of external corporate debt. The CBR did introduce a 12-month dollar facility for up to $50 billion, but this will barely last until the end of 2015.

Given that the price of oil is likely to remain low, Asian financiers – even the Chinese – do not seem eager to refinance Russian companies, and sanctions are unlikely to be lifted, investors clearly wanted a bigger and bolder solution. Rosneft had repeatedly asked for $40 billion from Russia’s sovereign wealth fund. But, with that money already committed to other purposes, the government opted for a non-transparent and non-market-based solution that would have made Gerashchenko proud.

Unfortunately, this solution poses several immediate problems. For starters, the risk of Rosneft defaulting – as well as the cost of providing subsidized loans – rests with the bondholders. If the bondholders are indeed the largest state-owned banks, the deal actually hurts the banking system: it increases the concentration of risk and implies additional losses from buying bonds with below-market interest rates.

Second, because Rosneft must repay its external debt, it is likely to use its bailout cash to buy dollars, which can only result in further downward pressure on the ruble. Rosneft has denied this publicly, but the markets nonetheless seem to expect that the newly printed rubles will flood the currency markets.
Third, the non-transparent structure of the deal undermines trust in the CBR’s integrity and independence. The day after Black Monday, Minister of Economy Alexey Ulyukaev said that the CBR should have increased interest rates sooner. This immediately raised suspicion that the CBR delayed the interest-rate hike in order to complete the deal at the lower rate.

Finally, this bailout fails to answer the question it was supposed to address. Investors do not know whether the Rosneft bailout is a one-off deal and, if it is not, which companies can hope to receive similar treatment from the CBR. Thus, they do not understand how (and whether) Russian corporate debt will be repaid or refinanced – or how much trust they can place in the ruble.

Sergei Guriev, a former rector of the New Economic School in Moscow, is Professor of Economics at Sciences Po.
Posted by 混沌 at 上午11:11