ROME – In early 2012, outgoing World Bank President Robert Zoellick announced that the Millennium Development Goal of halving the global poverty rate relative to its 1990 level had been achieved in 2010 – five years ahead of schedule. But many analysts have challenged estimates that rely on the World Bank’s current poverty line, raised in 2008 from $1 to $1.25 per day, in purchasing power parity (PPP) terms. 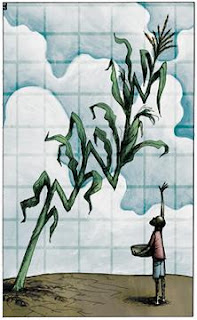 Critics argue that, for methodological reasons, the PPP-based poverty line misrepresents the prevalence of poverty worldwide. For example, the three rounds of the World Bank’s International Comparison Program that have been conducted so far have each defined the poverty line differently, underscoring the weakness of the current measure. In fact, taking into account inflation in the United States, the poverty line should have been raised to $1.45 per day in 2005.

First, many countries lack survey data showing how income and consumption are distributed among their citizens. The World Bank avoids this problem by assuming that the poverty rate of any country without such data matches the region’s average. But this approach has led to North Korea being assigned essentially the same poverty rate as China, even though the former regularly receives food aid from the latter.

Second, the World Bank accepts survey data uncritically – even when it conflicts with data from other sources. For example, World Bank survey data suggest that India’s per capita household expenditure has grown by only 1.5% annually since the early 1990’s, implying that the average Indian spent $720 in 2010. But national-income-accounts data show a 4.5% annual rise, on average, over the last two decades, translating into per capita expenditure of $1,673 in 2010 – roughly 2.5 times higher than the Bank’s estimate.

Likewise, World Bank survey data estimate that the Indian middle class comprises roughly 90 million people, despite more than 900 million cell-phone subscribers and 40 million cars. Such contradictions reflect significant measurement discrepancies, which, in India’s case, could be on the order of hundreds of millions of people.

The third major challenge is using PPP estimates, measured in national currencies, to convert survey data into global poverty estimates that account for cost-of-living differences between countries. Given that the conversions that the World Bank currently uses are based on an international exercise that was conducted for 2005, they fail to account for recent factors that are significantly affecting the poor and vulnerable, such as much higher prices for staple foods.

Furthermore, PPP conversions have little significance for some countries, most notably China. Rather than permit price surveys in a random sample of locations (required for accuracy), China restricted data collection to a few urban areas. The resulting data showed Chinese prices to be 40% higher than previously thought; Chinese living standards were then revised downward by roughly the same proportion.

If taken at face value, the survey data on prices, together with China’s growth rates, would suggest that China was almost as poor in 1981 as the world’s poorest country today, with average personal consumption below the current level of Liberia – another country to which China provides significant aid. While the Bank’s latest PPP-conversion rate puts the number of poor Chinese at 173 million, the previous rate would suggest that only 69 million Chinese were living below the poverty line.

With such a flawed system shaping the world’s understanding of poverty, declarations of success or failure carry little meaning. An improved poverty indicator – one that addresses, rather than avoids, the three major problems plaguing global estimates – is urgently needed.


Jomo Kwame Sundaram is Assistant Director General at the Economic and Social Development Department of the United Nations Food and Agriculture Organization in Rome.