Christopher Lane: The Distortion of Grief 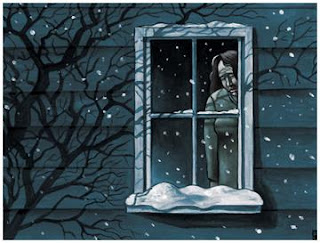 CHICAGO – How long does it take to mourn the death of a loved one? The question is peculiar, even mildly offensive. Recovery from bereavement is a personal process that varies significantly among individuals. While it could take months to surface, grief – in its many forms and at various levels of intensity – remains a natural response to loss.

But the fifth edition of the Diagnostic and Statistical Manual of Mental Disorders (DSM-5), produced by the American Psychiatric Association (APA), deems invalid the long-accepted understanding of bereavement as a highly individual and unpredictable experience. The updated manual advises psychiatrists and general practitioners that two weeks is an appropriate interval for grief. After that, depression supposedly can be diagnosed.

In other words, doctors can – and should – be able to distinguish grief, a normal response to loss, from depression, a mental disorder, after just 14 days, when most people would still be coping with the initial practicalities of a loved one’s death. The implication that mourning should be fast and efficient is both disturbing and unnecessary.

Moreover, with significant potential for misdiagnosis, defining “acceptable” grief could have serious unintended consequences. Allen Frances, who led the previous DSM Task Force and has 40 years of experience in the field, said that he could not distinguish normal grief from mild depression at two weeks – and “challenge[d] anyone else to do so.”

Of particular concern is the response of primary-care physicians, who prescribe 80% of all antidepressants, but often treat many patients per hour. The DSM’s latest revision will increase the number of prescriptions by including, among the diagnosed, those experiencing the kind of transient depression that can also typify grief.

Because the DSM’s influence extends far beyond the United States, the introduction of this change has caused an international uproar. For example, the British medical journal The Lancet called the proposal “dangerously simplistic” and “flawed,” and warned of the flood of misdiagnoses that would ensue.

Compounding the problem, the DSM’s authority is not limited to health-care institutions. American schools, courts, and jails consult it daily, in order to determine whether psychiatric treatment is necessary and reimbursable.

Earlier editions of the manual were careful not to include grief in diagnoses of depression, because the two conditions – both of which may include insomnia, loss of appetite, listlessness, and intense mood swings – are easy to confuse. And, as New York University Professor Jerome Wakefield points out, “similar normal feelings of sadness” can also follow other losses, including “marital dissolution, romantic betrayal, job loss, financial trouble, natural disaster, and a terrible medical diagnosis.”

Wakefield also vigorously refutes the APA’s claims that the change was based on scientific evidence. Indeed, after conducting a detailed review of published studies, he and Columbia University Professor Michael B. First concluded that “DSM-5 should be narrowing the category of clinical depression, not broadening it.”

Despite such fervent opposition, however, the APA approved the change, deleting the so-called Bereavement Exclusion and adding a footnote giving the attending physician the option to diagnose depression after two weeks. Apparently, the APA considers the chances of misdiagnosis to be negligible. According to David Kupfer, chair of the DSM-5 task force, an accurate diagnosis simply requires “good solid clinical judgment.”

But this is not the first case of damaging diagnostic overreach by the APA. In DSM-IV, released in 1994, the threshold for Social Anxiety Disorder was lowered so dramatically that the organization had to warn practitioners not to confuse it with normal shyness.
Nonetheless, SAD, previously considered rare, came to seem routine. Even “anticipated” fear that one might “do something or act in a way that will be humiliating or embarrassing” became a basis for diagnosis. The edition carrying the warning added new symptoms of SAD in children, including such common childhood behaviors as “clinging,” “freezing,” and “shrinking,” which inevitably raised the disorder’s prevalence to unprecedented levels.

Neither the APA nor its defenders seem to have learned from this experience. Even after conceding that 14 days is “sometimes too little time to permit confident diagnosis” of major depressive disorder, former Psychiatric Times editor Ronald W. Pies insisted that “this is true regardless of the ‘context’ in which the depressive symptoms occur.”

Decisions like these – carrying monumental implications and difficult to reverse – recently led the US National Institute of Mental Health, which gave its support (and considerable funding) to earlier editions, to announce that it is distancing itself from the manual. The institute’s director, Thomas R. Insel, cited DSM-5’s “lack of validity,” saying that its “diagnoses are based on a consensus about clusters of clinical symptoms, not any objective laboratory measure.”

Today, that consensus is clearly missing (whether it ever truly existed is dubious). As the once-imminent promise of identifying “biomarkers” for depression recedes into the distant future, the APA is raising the stakes – and increasing pressure on the already vulnerable – by implying that, after two weeks, a person’s grief is no longer just grief. Now, mourning can be a mental illness.


Christopher Lane, Professor of English at Northwestern University, is the author of Shyness: How Normal Behavior Became a Sickness.