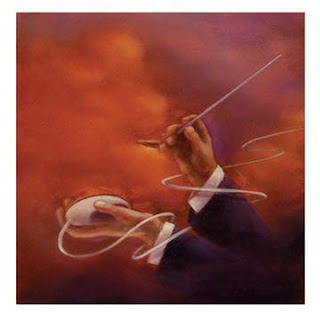 VIRGINIA BEACH – Last year, the Nobel Prize in Medicine was awarded for a discovery that took 44 years to develop, and involved two different research teams. The breakthrough promises new kinds of diagnosis and therapy, but what if such insights could be developed by computers in minutes, rather than decades? The recent appearance of a new coronavirus, which has killed nine people in the United Kingdom and the Middle East, is a reminder that novel treatments are sometimes needed in a hurry.

With different modeling abstractions, it might be possible to build an artificial-intelligence system (AI) that could design new treatments. That system would suggest surprising, effective therapies, because it would understand disease in ways that are difficult for humans to imagine. The notion seems like science fiction: everyone knows that AI is not particularly clever.

In order to build a “curing machine” of this kind, at least one far-reaching innovation is needed: a better way of modeling entire systems, which would deliver new conceptual tools to both biology and computer science.

In both fields, the conventional approach has been reductionist, with problems modeled at the level of their most basic components. While this makes it possible to build “expert systems” that reason in narrow domains, or to design search engines that can find discrete facts, we are no closer to AI that reasons the way that we do – in and across multiple contexts, including time. AI cannot integrate information about seemingly distinct processes, such as chemical, physiological, and psychological events, or anticipate novel outcomes. We do these things over dinner.

Novelty is key. To build a curing machine, we would need a way for computers to assemble concepts so that unexpected arrangements could emerge.
In biology, there has been a similar reductionist approach, best exemplified by the Human Genome Project, which catalogued the molecular “recipe” for every aspect of the body, in order to discover how the most basic pieces interacted. Alas, the expected revolution in therapies is yet to occur.

Worldwide, total annual investment in biomedical research is about $110 billion. HIV alone attracts many billions per year. Yet, despite 25 years of intense investment in structural biology, we remain unable to move from understanding molecules to an understanding of whole systems. A model of the dynamics between multiple processes – chemical, physiological, and psychological – would lend new insight into how diseases operate.
Consider, for example, the sense of smell. The nasal cavity is unique, as the only place where brain cells (neurons) are directly exposed to the environment. If we model smell on local terms, we can trace how nasal neurons interact with scent particles, sending signals through a network of other neurons to the brain. We have good abstractions in structural biology to describe this.

But these neurons are also part of an adaptive, regenerative system. Sensory neurons die a programmed death; you literally have a new sense of smell every month. Modeling it requires the consideration of more than just local signaling. Neurons operate as a cooperative group: more arrive at the location than are needed for a simple replacement. In order to facilitate the replacement, the extras become part of a dialog with surrounding cells, and others deep in the brain, then sacrifice themselves. To explain why they voluntarily die, we would need a new system-level vocabulary.

It does not stop there. When your neurons are replaced, they change. If you are newly in love (or experience a trauma) and a scent is associated with it, you may develop a heightened sensitivity to that scent. Your physio-cognitive apparatus evolves.

This process interests researchers enormously, because it is one of only two contexts in which neural regeneration occurs. If it were understood, it could lead to cures for many crippling diseases, both neurological (like Parkinson’s and Alzheimer’s) and degenerative (including those, like cancer, associated with aging).

One way to understand how this higher-level coherence emerges is to study it in a more accessible form. As it happens, there is a naturally occurring information structure in which the needed behaviors are easier to observe and explain. That structure can be found in stories.

Stories are remarkable for the way that they allow us to comprehend new concepts, and continue to make sense of them, even when they involve numerous contexts and unexpected associations. We take the resulting narrative effects for granted: surprise endings, intriguing situations, and a compulsion to read or watch until the finish. If models of biology and AI included these dynamics, they would demonstrate how unexpected elements can emerge from an evolving coherence.

Indeed, incorporating this principle into both fields could result in new diagnostic capabilities and new forms of individualized treatment, with a different therapy designed for each person. An infection such as the coronavirus is currently countered with a vaccine tailored to block it. But what if there was a way to “tune” bodies to reject all infections? For example, there are a few cases of natural immunity to HIV, but we are unable to understand why.

The challenge in biomedical and computational research is to model the dynamics between diverse processes at the level of whole systems. Once we can do this, we are much more likely to develop AI tools that are capable of unexpected breakthroughs in understanding how the body supports and resists illness.


H. T. Goranson is the Lead Scientist for Earl Research and was a Senior Scientist with the United States Defense Advanced Research Projects Agency.

Beth Cardier is a researcher on narrative structure and artificial intelligence at the University of Melbourne.