Javier DeFelipe: Clearing A Path Through the Brain 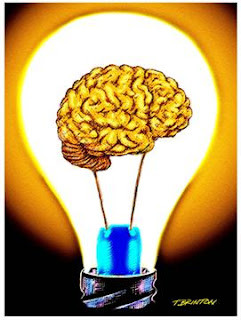 MADRID – Our brains are like a dense forest – a complex, seemingly impenetrable terrain of interacting neurons that mediates cognition and behavior. The great challenge is to uncover its mysteries, that is, to find out how the neurons are structured and mutually connected. How close are we to that goal?

In general, the exchange of information between the billions of neurons that make up the neuronal forest takes place through two types of highly specialized structures: chemical synapses (the majority) and so-called gap junctions (a substrate of one class of electrical synapse). Chemical synaptic transmission involves the release of specific molecules, neurotransmitters, which diffuse through the intercellular space and interact with specific receptors located on an adjacent neuron. In the electrical transmission mediated by gap junctions, the plasma membranes of adjacent neurons are separated by a gap of about two nanometers (two-billionths of a meter), but contain small channels (the gap junctions) that connect the cytoplasm of the adjoining neurons, permitting the diffusion of small molecules and the flow of electric current.

The major problem when analyzing the brain is the extreme complexity of its synaptic connections. A very dense network of processes occupies the space between the cell bodies of the neurons, neuroglia (cells that support and protect neurons), and blood vessels. This space (the neuropil) represents 90-98% of the volume of the human cerebral cortex, with an estimated one billion synapses per cubic nanometer of neuropil.

As if that didn’t make the brain mappers’ job difficult enough, a wide variety of synaptic relationships has been observed. And a neurotransmitter may diffuse and act not only on other synaptic contacts, but also on extrasynaptic receptors. Likewise, not all electrical transmission is mediated by gap junctions, and these forms involve different specialized structures. In addition, electrical interactions take place between closely apposed neuronal elements without obvious membrane specializations.

Furthermore, it has been proposed that glial cells are involved in information processing through their bi-directional signaling with neurons. And we now know that the activity of neuronal circuits is strongly influenced by neuromodulators (such as dopamine, serotonin, and acetylcholine), which are secreted by a small group of neurons and diffuse through large regions of the nervous system. Neurohormones, released by neurosecretory cells, also have an effect on many brain regions via the circulatory system.

Nonetheless, we are beginning to find our way through the forest. The brain’s wiring – its “synaptome” – is the anatomical substrate for a variety of functions that require information to be communicated rapidly from one point to another. The neuronal circuits involved in reflexes are a typical example – relatively simple, fast, automatic actions that occur at a subconscious level. Other, much more complex functions related to the synaptome include information processing in large but discrete circuits in the sensory and motor systems and in the brain regions associated with language, calculation, writing, and reasoning.

The modulatory systems, however, act on multiple neuronal circuits and brain areas. This diffuse action is related to the overall moods and states of the brain (for example, attentiveness, sleep, and anxiety).

Rapid and automatic serial reconstruction of large tissue volumes, enabled by the recent development of automated electron microscopy techniques, is the method of choice in defining the synaptome. Nevertheless, even using this technology, full reconstruction of whole brains is possible only for relatively simple nervous systems. Indeed, even for a small mammal like the mouse, it is impossible to reconstruct the brain completely at the ultrastructural level, because the magnification needed to visualize synapses yields relatively small images.

For example, it has been estimated that if we were to use sections of about 35 square micrometers (millionths of a meter) at a thickness of 20 nanometers, we would need more than 1.4 billion sections to reconstruct fully just one cubic millimeter of tissue. So, while complete reconstructions of a small region of the mammalian brain are feasible, structures like the cerebral cortex – with a surface area of 2.2 square meters and a thickness of between 1.5-4.5 millimeters – cannot be fully reconstructed.

Nonetheless, despite the technical difficulties, it should be possible to make spectacular advances in unraveling brain organization, even in humans, by adopting appropriate strategies with the tools now available. For example, although the synaptic density within a given area and layer may vary, this variability remains within a relatively narrow window, so the statistical distribution of the variation can be modeled. That means that we do not need to reconstruct the entire layer within a given area to determine the absolute number and types of synapses; instead, the range of variability can be determined by multiple sampling of relatively small regions within that area.

By combining these detailed structural data with the incomplete light and electron microscopy wiring diagrams, it could be possible to generate a realistic statistical model, rather than attempting to reconstruct the brain in its entirety. Computational models of neuronal networks based on real circuits already have become useful tools to study aspects of the functional organization of the brain.

Thus, although a true synaptome of the mammalian brain is a chimerical quest, it is possible that in the near future we will be able to construct a “silicon cortex,” a computerized machine based on a realistic model of the complete anatomical, physiological, and molecular design of the cortical circuit. If we succeed, we will finally be able to see the forest – without having to look for every tree.