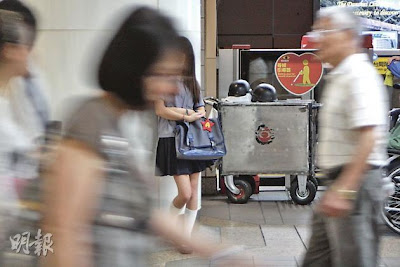 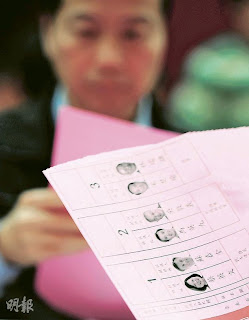 Gideon Rachman: A Paradox that will Paralyse World Politics / 妨礙全球復蘇的悖論


Efforts to rescue the world economy in 2012 will be afflicted by a perilous political paradox. The more that international co-operation is needed, the harder it will be to achieve.

The year begins with the world still overshadowed by the threat of the biggest economic crisis since 1945. But as the economic position deteriorates, the actions demanded of national leaders become ever more drastic and harder to sell at home: take part in big bail-outs of indigent nations, subsidise wildly unpopular bankers, work patiently with countries that large parts of your own population believe are bankrupt or dishonest. In 2012, the world’s most important leaders are likely to be asked to do all of the above – and will find it ever harder to deliver. The conditions of recession, instability and panic that demand international co-operation also make voters angrier and less generous.

The political pressures produced by an international economic crisis have prevented the European Union – or a larger world community – from dealing effectively with Europe’s debt problems. Over the year, the problem is likely to worsen because so many of the most important countries face elections or changes in leadership that will make it very hard for them to devote much energy to diplomacy. There are presidential elections in the US, France and Russia – and China’s top leadership will also be reshuffled towards the end of the year.

The biggest demands, however, will be made of a country that is not scheduled to undergo elections. This year, as in 2011, the world will look to Germany to provide the money and intellectual leadership to pull the eurozone back from the brink.

Germany, however, is extremely reluctant to open its cheque book once again. Instead it is pouring its energy into securing a new European treaty that will place draconian limits on deficits – a policy that is irrelevant to the debt crisis in the short term and liable to be counterproductive in the long term. Germany’s behaviour is explicable only when understood in the context of domestic politics. The policies of chancellor Angela Merkel are dictated by a popular desire that Germany should fund no further bail-outs in Europe and instead export its own “stability culture”.

Ms Merkel is sometimes lambasted by foreign leaders for allowing domestic political constraints to dictate her approach to the crisis. But look around the world, and everybody else is doing the same. Germany’s main partner in Europe over the next few months will be France – a country that will be preoccupied by its presidential election. Nicolas Sarkozy will be trying to push any further twist in the crisis beyond the final polling date of May 6, while guarding his flank against accusations from the left and the far right that he has gone too far in ceding sovereignty to an impatient Germany.

And what of the US? Bill Clinton once boasted that America was the “indispensable nation”. But when it comes to the eurozone’s agonies, the US would be more than happy to be dispensed with. There is no money for a modern Marshall plan for Europe. All talk of foreign aid will be anathema during an election year. President Barack Obama’s dearest wish for 2012 is that the Europeans get their act together and avoid plunging the world into a recession before Americans vote in November.

With America gazing inward, some will look to China for money and leadership. This began visibly to happen in 2011, when European officials ended an EU summit by jetting straight off to Beijing, in a humiliatingly unsuccessful effort to drum up Chinese interest in buying more European debt.

But the leadership of China’s Communist party will also spend much of the year jostling for position. While the identities of the new president and prime minister are widely assumed to be known – with Xi Jinping and Li Keqiang slated respectively for those positions – the slots just below the top two are up for grabs. China’s urge to concentrate on domestic affairs will be accentuated by a growing nervousness about political and economic instability at home.

The leadership was clearly alarmed by the Arab spring. The recent demonstrations in Moscow against a stage-managed election will also have caused discomfort in Beijing. There are, meanwhile, fears of inflation, a house price crash and growing social unrest in China’s manufacturing heartlands. That might mean that Beijing’s leadership transition is more lively and contested than many expect. But it will also ensure China has little energy to devote to elaborate international co-operation.

In 2012, we can look to world politics for the entertainment value that elections provide – but not for solutions to global problems.

Could this be the week China shares finally escaped a prolonged bear market?

Having fallen 65 per cent since its bubble-era peak in 2007, the Shanghai Composite bounced 5 per cent this week after the Chinese premier and the head of its securities regulator sought to boost confidence in equities and pledged to enact a fresh round of reforms.

“The pace of financial reform is picking up noticeably,” says Joyce Poon, analyst at research house Gavekal. “The result could be a substantial and permanent re-rating of Chinese stocks over the next six months.”

Investors have also been emboldened by speculation that Beijing will allow money and credit growth to accelerate in the coming months, giving rise to a wave of liquidity that could affect the stock market.

Caution is warranted, however.The Shanghai Composite has been the worst performer of the 10 biggest stock markets in the past two years. Its relentless decline has defied the predictions of many analysts who had been dazzled by China’s rapid economic growth.

Indeed, the booms and busts of China equities have less to do with economic fundamentals and more with the vagaries of government policy and speculation by retail investors who chase trends with little regard for stock valuations.

This week, investors latched on to two proclamations. Speaking at the conclusion of the National Financial Work Conference on Saturday, Wen Jiabao, premier, called for more measures to boost confidence in the stock market, a sign that even the highest echelons of the party are concerned that equities have fallen to three-year lows.

Then on Monday, Guo Shuqing, new head of the China Securities Regulatory Commission, announced his intent to advance reforms in 2012. One of his plans is to improve the mechanism for initial public offerings, which has long been a source of corruption and an obstacle to private companies listing. He has also created an “investor protection bureau” to bolster confidence in a market that has been rife with manipulation and insider trading.
The latest moves by Mr Guo, former chairman of China Construction Bank, come only weeks after he said he would broaden the range of investors who are allowed to invest in Chinese stocks. Foreign fund managers, for example, are bracing for a big increase in the amount of investment quotas they are allotted by Beijing.

“With Guo Shuqing as chairman, we’re getting much more positive signs out of the regulator than we’ve had in years,” says Fraser Howie, co-author of Red Capitalism: The Fragile Financial Foundation of China’s Extraordinary Rise.

The prospect of strong market reforms with easier monetary policy, says Mr Howie, could “easily” cause the Shanghai Composite to rally 20 or 30 per cent in the coming months. However, the outlook for monetary policy, the process by which the People’s Bank of China controls the supply of money and credit, is far from clear.

Historically, China share prices have correlated strongly with changes in money supply, so any sign of policy loosening would be bullish for Shanghai equities. Bulls point to the fact that new lending and money supply for December rose at the fastest pace in months, exceeding analyst estimates. However, official rhetoric is that monetary policy is still “prudent”, and no one expects a large stimulus as in 2009 and 2010.

“The policy will probably stay in more of a holding pattern for the first half of this year,” says Mark Matthews, head of research for Asia at Julius Baer.

Whatever happens to Chinese money supply, Mr Matthews believes Shanghai stocks may still get a boost from a counterintuitive source: the falling property market. People have virtually nowhere to invest besides bank deposits, stocks and property. Since the equity bubble burst in 2007, investors have shunned stocks and poured funds into property. But now that property prices have started to fall, Mr Matthews argues, investors may choose to switch back to equities with gusto.

There is a caveat. If, as some analysts warn, the China property market is a very large bubble, the economic damage consequent upon its bursting would not leave equities unscathed. Using standard valuation metrics, China shares are already cheap. The Shanghai Composite index is trading at a one-year forward price-to-earnings ratio of about 9.3, a whisker above its record low.

To the bulls, this means the downside for China stocks is limited, while the upside is potentially large. However, more cautious investors note that mainland investors have never paid much heed to valuation metrics in the past, so there is little reason why the index could not fall further.