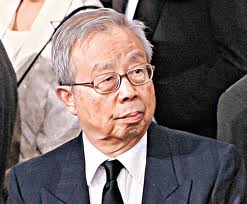 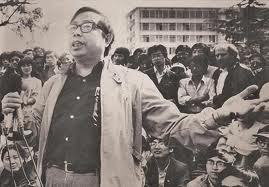 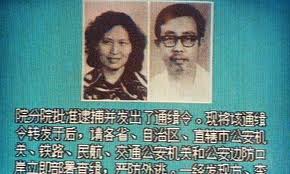 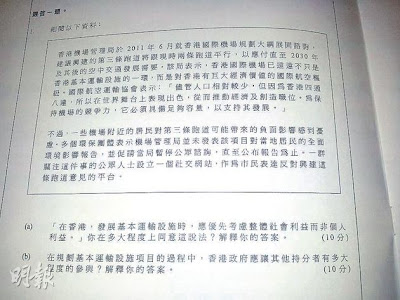 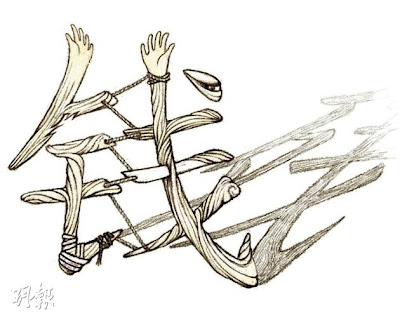 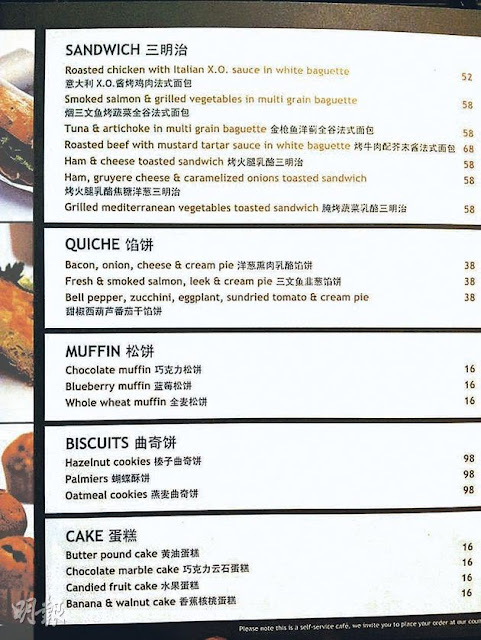 「流選」也可以用abort、abortive二字來說，例如：（1）If the majority of the Election Committee members had cast blank votes, the election would have been aborted and another vote would have been required（選舉委員假如多數投白票，就會流選，要再行選舉）。（2）The communists would not allow an abortive / aborted election（共產黨不容許流選）。

《君王論》裡有一句話，用在這場「選戰」，甚為合適：「人的心智是簡單的，他們需求的只是短視的好處，對於蒙騙的人，有大把的人等着上當。」（ Men are so simple of mind, and so much dominated by their immediate needs, that a deceitful man will always find plenty who are ready to be deceived.）從政與行騙，在本質上有一點點差異，但受眾如一。

Widespread ignorance bordering on idiocy is our new national goal. It’s no use pretending otherwise and telling us, as Thomas Friedman did in the Times a few days ago, that educated people are the nation’s most valuable resources. Sure, they are, but do we still want them? It doesn’t look to me as if we do. The ideal citizen of a politically corrupt state, such as the one we now have, is a gullible dolt unable to tell truth from bullshit.

An educated, well-informed population, the kind that a functioning democracy requires, would be difficult to lie to, and could not be led by the nose by the various vested interests running amok in this country. Most of our politicians and their political advisers and lobbyists would find themselves unemployed, and so would the gasbags who pass themselves off as our opinion makers. Luckily for them, nothing so catastrophic, even though perfectly well-deserved and widely-welcome, has a remote chance of occurring any time soon. For starters, there’s more money to be made from the ignorant than the enlightened, and deceiving Americans is one of the few growing home industries we still have in this country. A truly educated populace would be bad, both for politicians and for business.

It took years of indifference and stupidity to make us as ignorant as we are today. Anyone who has taught college over the last forty years, as I have, can tell you how much less students coming out of high school know every year. At first it was shocking, but it no longer surprises any college instructor that the nice and eager young people enrolled in your classes have no ability to grasp most of the material being taught. Teaching American literature, as I have been doing, has become harder and harder in recent years, since the students read little literature before coming to college and often lack the most basic historical information about the period in which the novel or the poem was written, including what important ideas and issues occupied thinking people at the time.

Even regional history has gotten a short shrift. Students who come from old New England mill towns, as I have discovered, have never been told about the famous strikes in their communities in which workers were shot in cold blood and the perpetrators got away scot-free. I wasn’t surprised that their high schools were wary of bringing up the subject, but it astonished me that their parents and grandparents, and whoever else they came in contact with while they were growing up, never mentioned these examples of gross injustice. Either their families never talked about the past, or their children were not paying attention when they did. Whatever it was, one is confronted with the problem of how to remedy their vast ignorance about things they should have already been familiar with as the generations of students before them were.

If this lack of knowledge is the result of the years of dumbing down of high school curriculum and of families that don’t talk to their children about the past, there’s another more pernicious kind of ignorance we confront today. It is the product of years of ideological and political polarization and the deliberate effort by the most fanatical and intolerant parties in that conflict to manufacture more ignorance by lying about many aspects of our history and even our recent past. I recall being stunned some years back when I read that a majority of Americans told pollsters that Saddam Hussein was behind September 11 terrorist attacks. It struck me as a propaganda feat unsurpassed by the worst authoritarian regimes of the past—many of which had to resort to labor camps and firing squads to force their people to believe some untruth, without comparable success.

No doubt, the Internet and cable television have allowed various political and corporate interests to spread disinformation on a scale that was not possible before, but to have it believed requires a badly educated population unaccustomed to verifying things they are being told. Where else on earth would a president who rescued big banks from bankruptcy with taxpayers’ money and allowed the rest of us to lose $12 trillion in investment, retirement, and home values be called a socialist?

In the past, if someone knew nothing and talked nonsense, no one paid any attention to him. No more. Now such people are courted and flattered by conservative politicians and ideologues as “Real Americans” defending their country against big government and educated liberal elites. The press interviews them and reports their opinions seriously without pointing out the imbecility of what they believe. The hucksters, who manipulate them for the powerful financial interests, know that they can be made to believe anything, because, to the ignorant and the bigoted, lies always sound better than truth:

Christians are persecuted in this country.
The government is coming to get your guns.
Obama is a Muslim.
Global Warming is a hoax.
The president is forcing open homosexuality on the military.
Schools push a left-wing agenda.
Social Security is an entitlement, no different from welfare.
Obama hates white people.
The life on earth is 10,000 years old and so is the universe.
The safety net contributes to poverty.
The government is taking money from you and giving it to sex-crazed college women to pay for their birth control.

One could easily list many more such commonplace delusions believed by Americans. They are kept in circulation by hundreds of right-wing political and religious media outlets whose function is to fabricate an alternate reality for their viewers and their listeners. “Stupidity is sometimes the greatest of historical forces,” Sidney Hook said once. No doubt. What we have in this country is the rebellion of dull minds against the intellect. That’s why they love politicians who rail against teachers indoctrinating children against their parents’ values and resent the ones who show ability to think seriously and independently. Despite their bravado, these fools can always be counted on to vote against their self-interest. And that, as far as I’m concerned, is why millions are being spent to keep my fellow citizens ignorant.